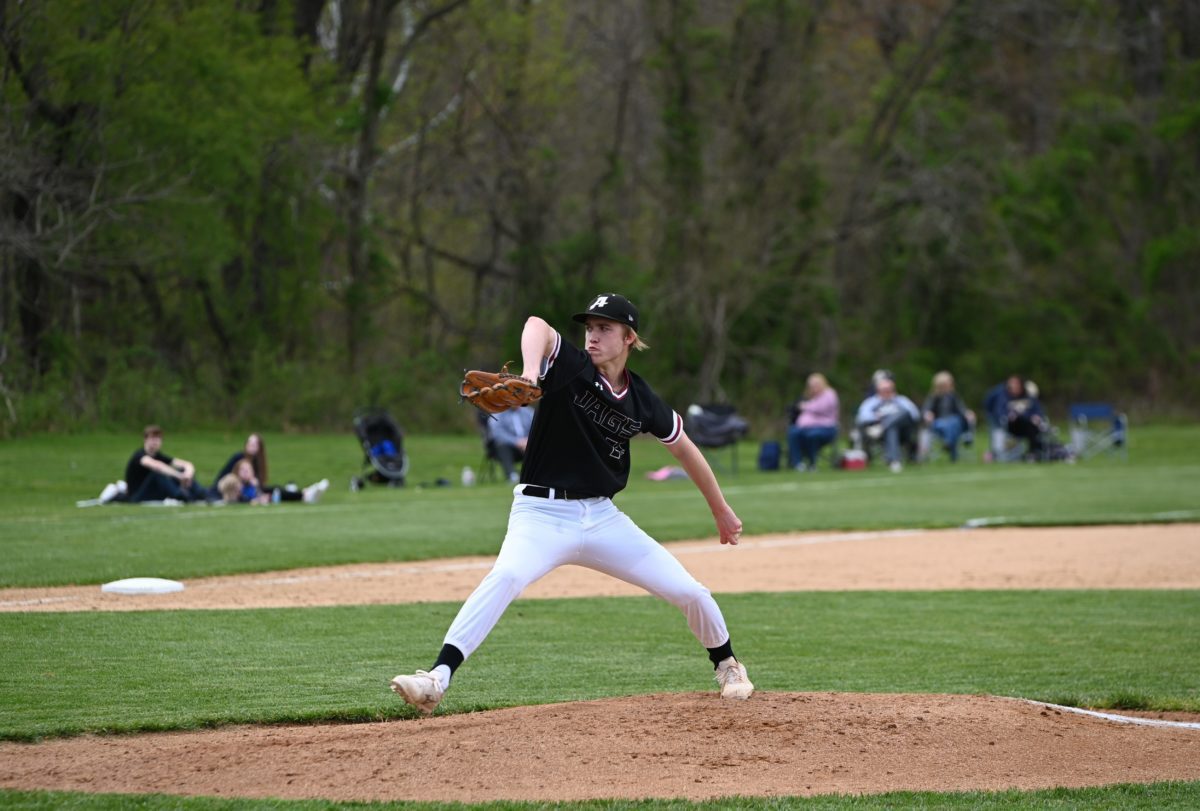 The No. 1 Appoquinimink Jaguars remain undefeated with a 6-4 win over No. 4 Salesianum Sals Thursday afternoon. Strong pitching and timely hitting help propel the win for the Jaguars.

In the second inning Aiden Deakins singled and scored Chase Fleming to start the scoring for Appo. The Jaguars added three more runs in the third inning. Hunter Hitchens led off the inning with a single. Evan Boulding followed by drawing a walk. Chad Lawrence then took an 0-1 pitch driving it into left field, scoring Hitchens. Chase Fleming followed suit, hitting a ball into left field past a diving John Dunion of Salesianum.

After what seemed to be an inning ending play by Sallies pitcher Zach Czarnecki, who fielded a short groulder hit in front of him which was later called a foul ball off the foot of Cameron Coco. Coco with new life after the reversed call beat out an infield single to load the bases. Deakins then drew a bases loaded walk capping off the inning giving the Jaguars a 4-0 lead.

Salesianum then answered back with an RBI single by Brandon Baffone in the fourth inning. Then  Aiden Tesche crushed a two run home run to left field in the top of the 5th to make it a one run game.

In the bottom of the 5th, Deakins then had another RBI on a two out single for Appoquinimink. Deakins also picked up his fourth win of the season on the mound tossing 5.1 innings, with six strikeouts for the Jaguars.  came in relief of Deakins to close out the game.

Hunter Hitchens, Chad Lawrence, and Chase Fleming also had 2 hits each for Appoquinimink.  Zachary Czarnecki, and Brandon Baffone each had 1 hit and an RBI for Sallies.