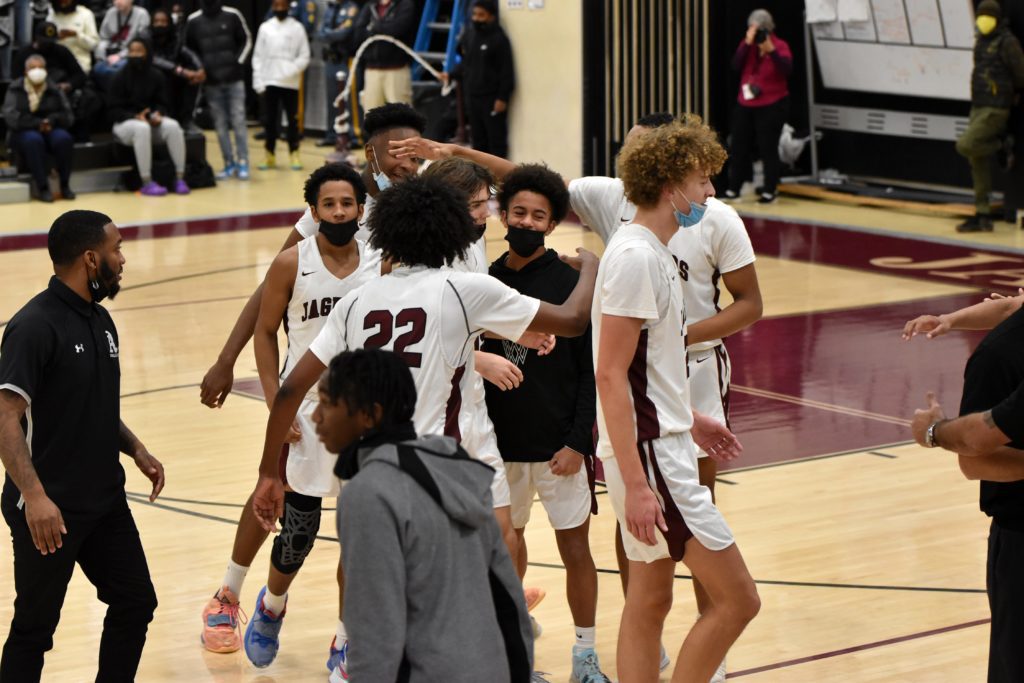 The 8th ranked Appoquinimink Jaguars led from start to finish in a 57-47 win over district rival and 3rd ranked Middletown Tuesday night in boys basketball. The Cavaliers have now lost two straight since a 6-game winning streak was snapped last week by St. Joe’s Prep.

The Cavaliers mustered a run of their own, closing the gap to 22-16 at the half paced by Tyrone Hynson who finished the game with 16 points.

The Cavs were resilient in the third quarter, but everytime they got close, the Jags had a response. Amir Cunningham scored two in the paint to cut the Appo lead to 4 points but the Jags answered with a Vaughn 3-point jumper to push the lead back to seven at the 6:20 mark. Middletown sliced the lead to two on a basket by Evan Sparks at 29-27 midway through the quarter but one of the Cavs top scorers (Jaden Rogers) picked up his 4th personal foul and had to sit out till the final quarter. A basket by Christian Barksdale and 2 free throws by Laneir Harvey pushed the Jags lead to 33-27 with 1:39 to go in the 3rd. On the next trip down the floor, Middletown’s Christion Simms nailed a “3” to make the score 33-30 with 8:00 to play.

The game was tied early in the 4th quarter as Simms made another long range jumper, and after Appo pushed the lead back to four at 37-33, Simms dialed up his third make beyond the arc in less than three minutes and it was a one point game at 37-36 with 6:00 left.

The Jags scored the next 7 points on a three-point shot by Barksdale, and baskets by Eric Mathenge and Haji Bell at the 4:00 mark, then the Cav’s Rogers came alive with two 3-pointers to give his team a chance, trailing just 46-42 with 3:00 left. It was still a 4-point Appo lead with 2:00 left after Jaiden McGhee put back a missed free throw, but the Jags responded going on a 7-1 run as Harvey, Vaughn and Efetobore Efekodo made baskets to give Appo a 55-45 advantage with just :44 to go.

The Jaguars converted 10 of 13 free throws while the Cavs were just 4/14 from the line.

Middletown was paced by Hynson with 16 points while Rogers and Simms added 9 each. Appo received a game-high 21 points from Vaughn Jr, with Barksdale chipping in with 13 and Bell scored 10.