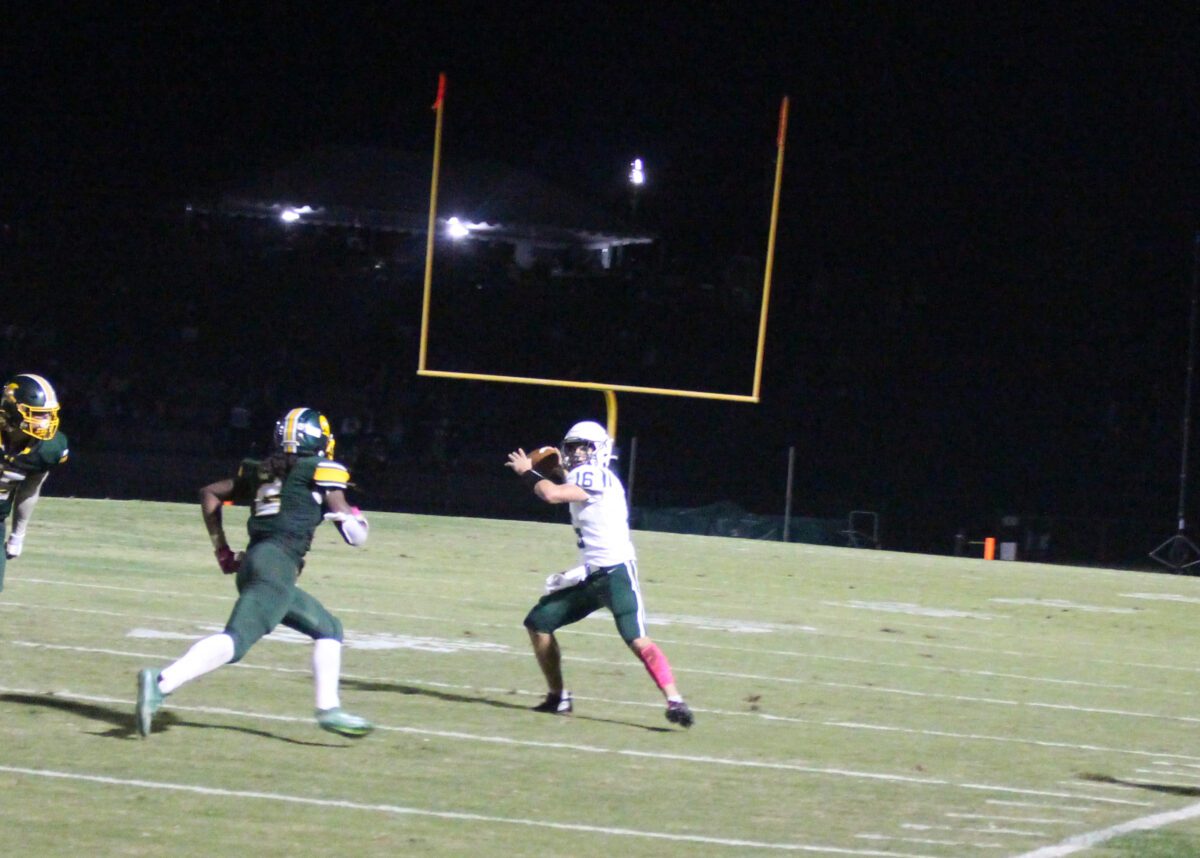 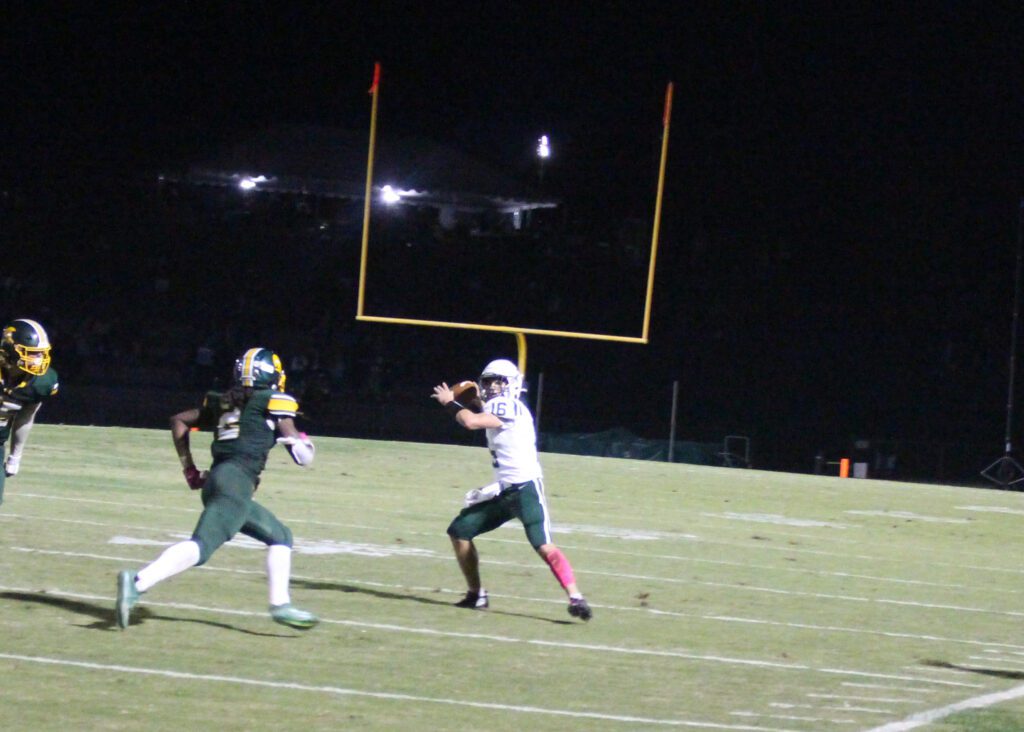 The Senior Quarterback from Archmere Chris Albero helped bring the Auks their first undefeated season and state championship in 2021 and after his and his team’s performance last night, will be looking to do the same here in 2022.

It was a beautiful night for football Friday when No. 5 Archmere (2-2) traveled down the road to take on the undefeated No. 3 ranked St. Mark’s Spartans (5-0). The Auks started the season 2-0 before suffering a few tough losses to No. 1 Howard and No. 2 Wilmington Friends consecutively in the last two weeks. The Auks were not going to let that streak get to three.

Archmere was able to get on the board first as QB Chris Albero rolled out of the pocket and scampered down the sideline for a 20-yard touchdown, 7-0 Archmere. But the lead wouldn’t last long as St. Mark’s would have answers. Spartans would score their first points on Kiegan Barnes’ first carry of his night. A 29-yard touchdown rush for the Junior RB tied the game at 7. Then, late in the second quarter, Spartan Quarterback Chase Patalano would find his wideout Jude Campbell for an 11 yd touchdown on a comeback near the pylon. The Spartans went on to score 14 straight points to end the first half and took a 14-7 lead into the locker room.

The second half, however, was all Auks. Archmere had some big plays negated on penalties earlier in the game but had a few more left in them. On 4th and 16 and in “no man’s land,” at the Spartan 29, the Auks would go for it and get it. Albero would find Ryan Hagenberg over the middle for a 29-yard touchdown to tie the game. After forcing a punt, the Auks would strike again quickly. Albeit this time found Gavin Lee who toed the sideline for 57 yards and the go-ahead touchdown. Archmere leads St. Marks 21-14.

Now the defense would get into the action for the Auks. Albero, who had already thrown for 250 yds and 2 TD, while rushing for another, this time would do it on Defense. Albero sat back and read Patalano’s eyes, jumped the route, picked off a late throw near the sideline, and returned it 25 yards for a pick 6, putting a stamp on the Archmere win. Coach John Bellace was able to make some half-time adjustments and completely slowed down the Spartan offense, shutting them out in the second half in the victory.

Archmere’s Chris Albero was the First State Orthopaedics Game of the Week Player of the Game as he accounted for all 4 Archmere touchdowns. Two through the air, one on the ground, and one on defense, not to mention he converted all PATs as the team’s kicker. Albero finished 11-19 248 yds, 2 TD, INT while rushing for 61 yards and a score on 9 carries. Drew Duncan had 4 receptions for 57 yards. Junior Spartan Quarterback Chase Patalano went 4-14 49 yds, TD, 2 INT. TJ Martin rushed the ball 10 times for 48 yards for St. Mark’s.

Archmere (3-2) will head to Tower Hill next week while St. Marks (5-1) will look to rebound at Homecoming next week vs Concord.