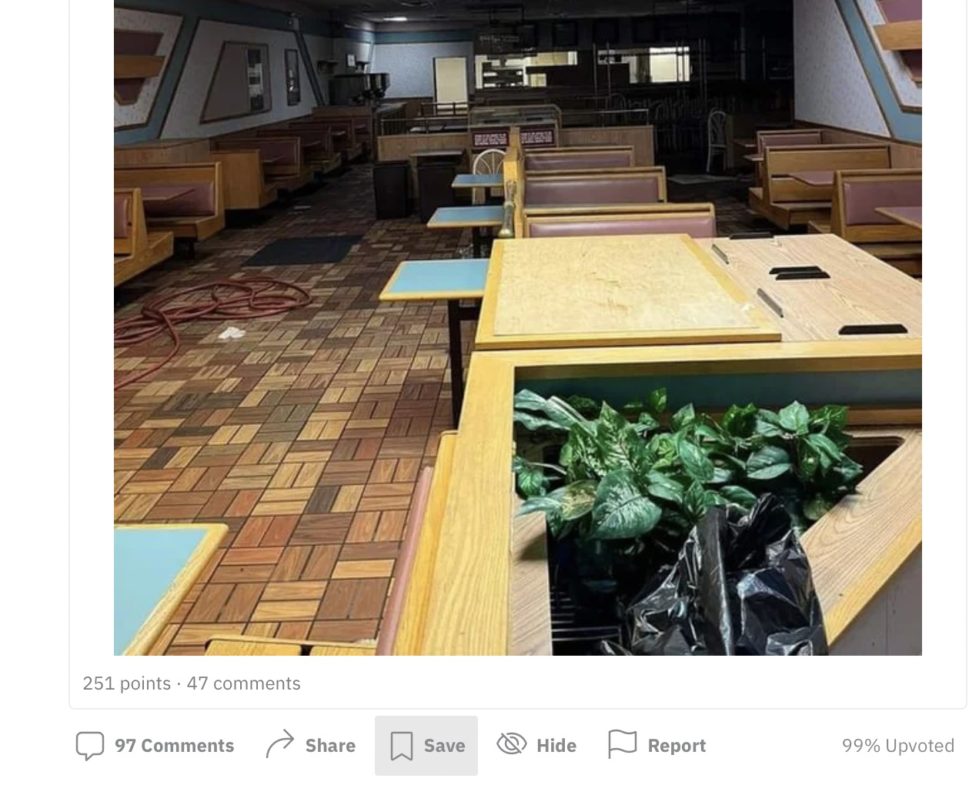 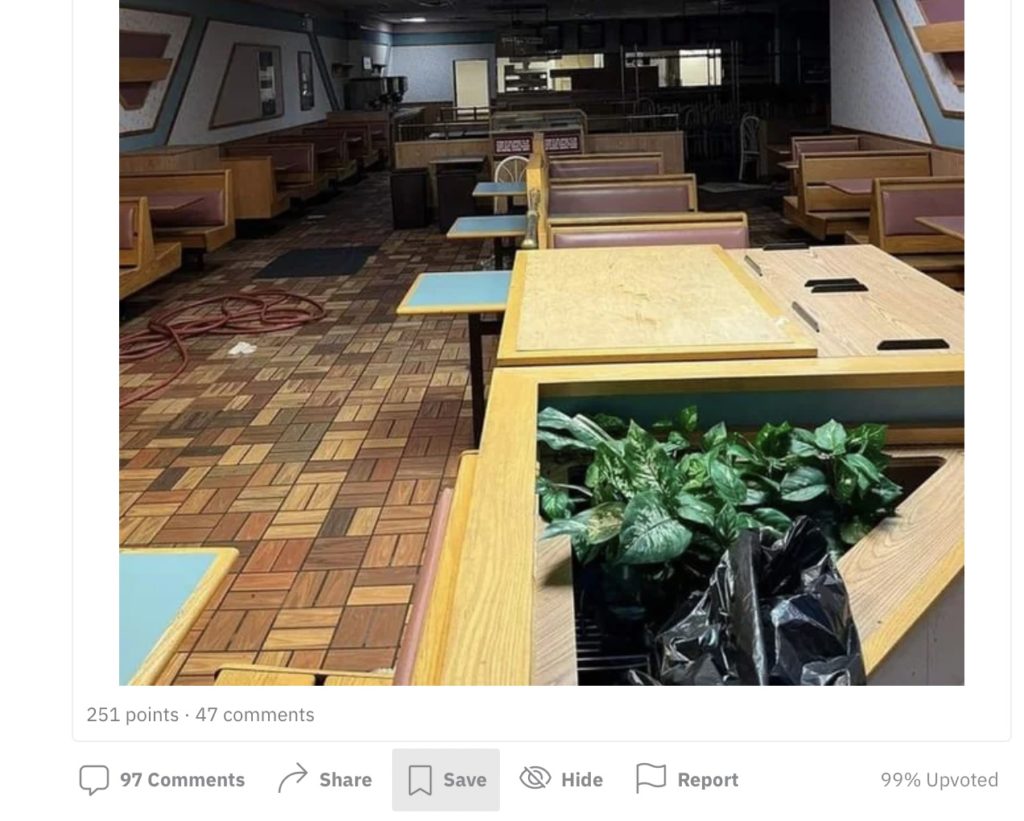 An abandoned Burger King in Concord Mall (photo by Jonathan Pruitt, in a Reddit thread)

“A fully intact vintage Burger King was found behind a wall at the Concord Mall,” a Twitter user posted Tuesday.

All the attention sparked a visit to the site by New Castle County Executive Matt Meyer.

In a  Facebook video, which he and mall manager Tom Dahlke used the encourage a business to rent the space, they said it was almost 5,000 square feet located between Trendy Man and Cell Fun.

The Twitter user credited the photo to Jonathan Pruitt and said it was taken in April.

Pruitt said that he took the photo when he was working at the mall because he “thought it was cool.” He posted it back then  on a Facebook group for regional memories, but it didn’t get much response.

This week, however, “my phone has been blowing up” with comments, he told Delaware LIVE News.

Pruitt grew up in Baltimore and lives in Newark and never ate at this Burger King. He is, however, fond of Whoppers.

“It feels like it closed yesterday,” Meyer said as he and Dahlke walked around the restaurant.

Meyer also called it “a beautiful relic of our collective American past.”

Dahlke more pragmatically said he hoped that a new tenant would be “part of the revitalization of Concord Mall.”

The earlier Reddit thread, also labeled DE business, had comments from people (somewhat) familiar with the situation. The thread’s title said the Burger King closed around 2009.

In the video, Dahlke agreed with that date and said he did not know when it opened.

Over on the Twitter thread, Lizard posted a 45-second video of the interior.

“Lmao that was literally my storage room back in 2019 for a seasonal job,” Lizard wrote. 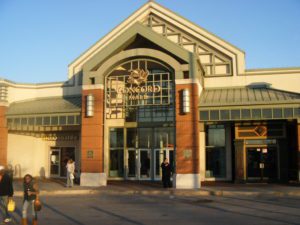 Concord Mall opened in the 1960s and is Delaware’s oldest mall. It was built with two anchoring department stores and added a third, with the names of the anchors changing with mergers and closures.

Efforts were not successful to reach Namdar Realty Group, which owns the mall, for comment.

Nostalgia was a common theme among the online comments.

So was the death (or life) of Concord Mall.

And of the plants in the Burger King.

“Crazy that the plants are still alive,” shadynasty26 wrote on Reddit.

“I thought those were fake,” methodwriter85 wrote.