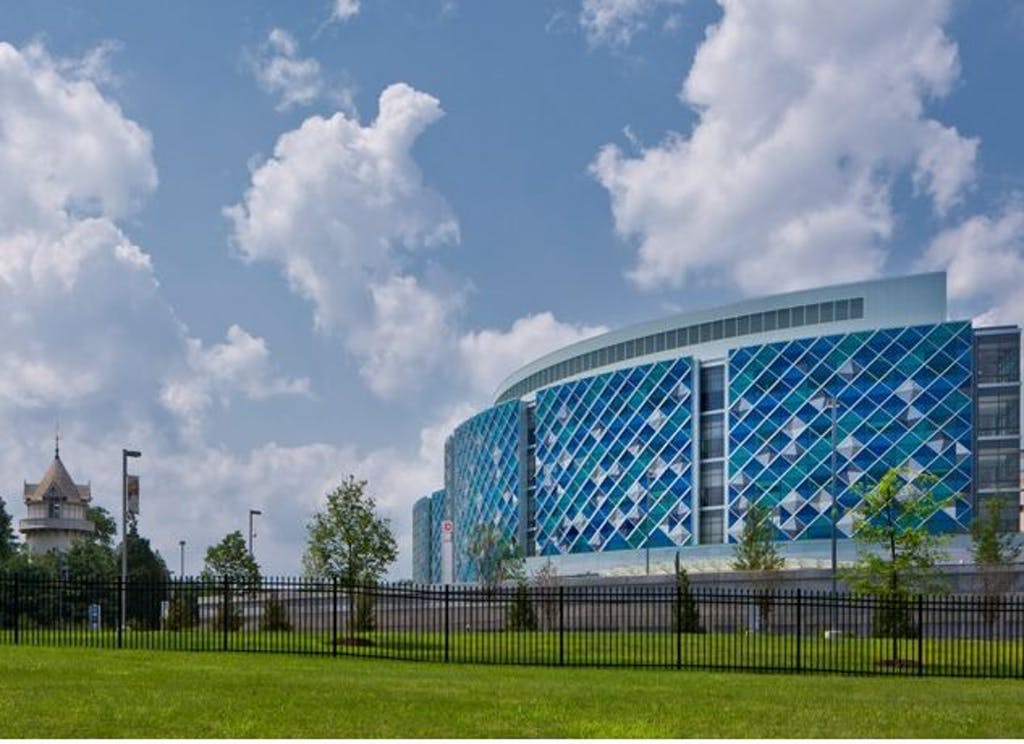 The Alfred I. du Pont Hospital for Children is changing names.

Another piece of Delaware lore is being pushed further back into the pages of history.

The Alfred I. duPont Hospital for Children is changing names to Nemours Children’s Hospital, Delaware, effective in August.

The name change follows a rebranding of the entire system founded by Alfred I. du Pont.

The rebranding will include a new logo, “The Loop of Care,” to represent the vision.

As part of the change, the names of the Delaware and Orlando hospitals have been altered. Therefore, A.I. becomes Nemours Children’s Hospital, Delaware.

du Pont, who died in 1935, had specified in his will that he wanted a  hospital for children built on his estate, which includes the Nemours Mansion, an extensive formal garden, much wooded property and a carillon tower in which he and his wife, Jessie Ball du Pont, are buried.

To honor duPont as Nemours’ benefactor and his commitment to Delaware, the system has now designated the property the Alfred I. duPont Campus, a press release said.

“His intention to provide a lasting contribution to the care of children – Delaware’s children foremost among them – is fulfilled in the modern hospital that stands today,” said Gina Altieri, executive vice president of Nemours Children’s Health. “As an inventor and a maverick, we believe Mr. duPont would be intrigued by the notion of redefining health and proud that Nemours is serving as a model for innovation in pediatric health care delivery.”

Nemours is the region in France that DuPont Corp. founder Éleuthère Irénée du Pont de Nemours left in 1799 to arrive in the colonies on Jan. 1, 1800. His gunpowder factories on the riverbanks of the Brandywine launched the famed company. The family remained proud of its French heritage, and Alfred I.’s mansion is based on the Marie Antoinnette’s petit trianon estate at Versaille.

The newly monikered Nemours Children’s Health now has businesses in five states that provide more than 1.7 million patient encounters annually; a policy and advocacy office in Washington, D.C.; and KidsHealth.org, the world’s most visited website for information on the health of children and teens.

The Nemours Foundation, headquartered in Jacksonville, Fla., will continue to operate the system. The Delaware hospital was opened in 1940 under the name of the Alfred I. du Pont Institute.

The foundation, the Delaware hospital and the state of Delaware have not always agreed in recent decades about how du Pont meant for his millions to be spent. While the hospital in Delaware is profitable, the Florida one has not been, frustrating Delawareans who believe more of du Pont’s money should be spent in Delaware.

“Experts estimate  80% of a child’s ability to achieve health occurs beyond a doctor’s office,” he said. “We are committed to working with public, private, governmental and community partners to address the social determinants of health through a holistic approach beyond healthcare which includes the home, school and community. ”

With services in five states, Nemours is uniquely structured to do that, he said.

Nemours said in its press release that it wants to help align financial incentives of the U.S. healthcare system to support a pay-for-health model to ensure delivery of the services and resources necessary to achieve improved health outcomes.

To do that, it will increase investments in things like its whole child health model of care, creating and advocating for a national strategy for children’s health, innovating health delivery system research, and leveraging clinical expertise.

The system said it knows those goals will require a multi-stakeholder approach to address those preventative social, economic, and demographic factors that impact a child’s health such as health equity, food insecurity, housing, homelessness, exposure to violence, racism, and others with the same vigor used to treat children with acute and emergent health needs.