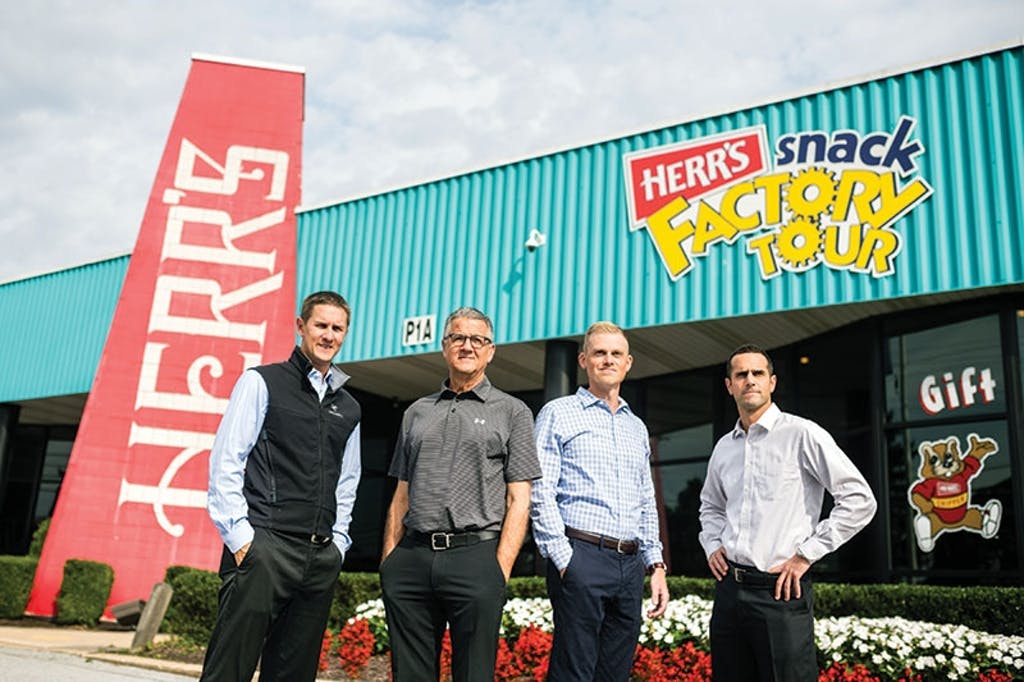 Herr was 21 and needed to pay back a loan.  But the young entrepreneur was no stranger to hard work. He came from a long line of Mennonite farmers. In the morning, he peeled, sliced and cooked potatoes. In the afternoon, he sold them door-to-door.

Herr was so committed that a date with wife-to-be Miriam involved selling handmade chips at the market.

“Jim and Mim” fell in love over the salty snack. “Then he went on the road,” said son Edwin “Ed” Herr. “This is when the company started to grow.”

The founder first peddled his wares in Wilmington, where he found an enthusiastic audience.

Seventy-five years later, Herr’s shiny bags — which feature Ed Herr’s photo — are staples in Delaware pizzerias and supermarkets. They’re as much a part of the local cuisine as cheesesteaks, crab cakes and the Bobbie, Capriotti’s Thanksgiving-inspired turkey sub.

Betsy Chapin, a native Delawarean, remembers when the Herr’s slogan was “Herr’s taste Better than theirs.” And for many fans, that’s still true.

While the plain chips and the rippled version are bestsellers, Kelley Grovola of Lewes wrote, “Herr’s Sour Cream & Onion for life!” on a Facebook post.

Some prefer newer products, such as the jalapeno-flavored kettle chips.

The snacks are made on Herr’s 1,000-plus acre Nottingham, Pennsylvania, campus, just across the Delaware state line. The company produces more than 350 items, including popcorn, cheese curls, tortilla chips, pretzels and pork rinds.

And business is good.

“Salty snack consumption in healthy and indulgence snacks is up,” Herr said. “And indulgence is outpacing healthy.”

The numbers prove his point. Snack food consumption has increased more than 8% during the pandemic, according to NPD Group’s Snack Food Behaviors in Challenging Times study.

During the height of shelter-at-home orders in April 2020, 37% of consumers kept a stash of snack foods on hand. Stockpiles of salty snacks and frozen sweets are still trending.

Donna Dowell can relate. At the start of the pandemic, the Wilmington resident hoarded Herr’s barbecue flavor so she and husband Darren could curb their corona stress levels.

Snacks are so popular that many large companies have entered the sector, Herr said.

“We have all kinds of big competitors, and we are one of the smaller players out here,” he said.” But we are now the largest privately held, family-owned snack food business.” 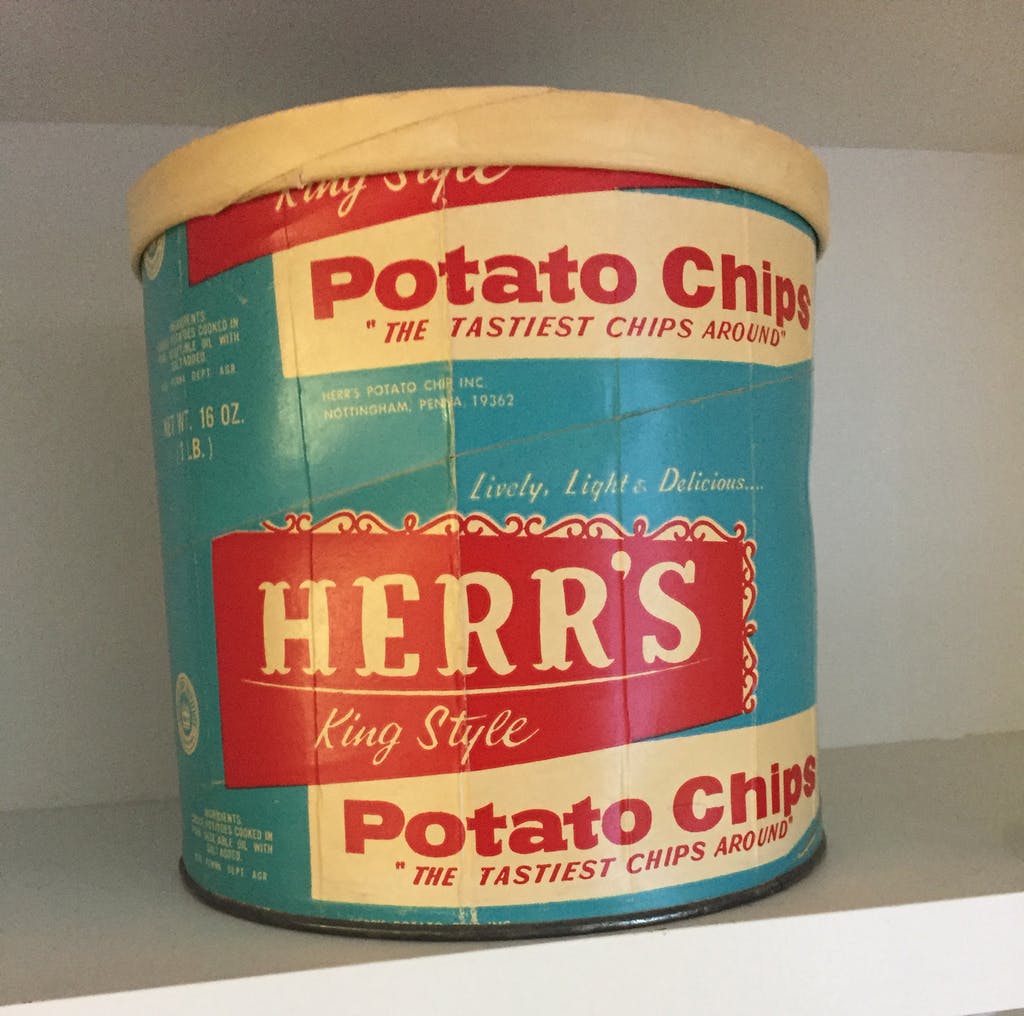 All in the family

Now the chairman and CEO, Herr lives just two miles from the Nottingham factory, which has 300,000 square feet of production and warehousing space. (There are now 20 branch facilities, including an Ohio factory).

He was 10 when he started unloading potatoes off the truck. At 13, he was washing delivery trucks and driving them around the parking lot. He graduated to washing floors.

“Anything to make money to buy a new bicycle or car,” he said.

Jim and Mim had five children, and working in the company is a rite of passage for the family.

“From the time kids are teenagers, we say, ‘Hey, look, if you want to work at the company, we’ll find you a spot. But from there on, you have to prove yourself,’” Ed Herr said. “If you’re not encouraging, you’re discouraging.”

Today, about 15 family members, including the fourth-generation, are active in the business. James “J.M.” Herr is executive chairman but will retire this year. He will remain on the board.

His brother credits the family’s “God-fearing heritage” for keeping the peace between the descendants.

“We believe in good faith principles like respect, honor and forgiveness,” Ed Herr explained. “When I worked with my dad and brothers, we didn’t fight. We didn’t go home with anger. We just had a good time. We developed a culture that was a reflection of our good family upbringing.” 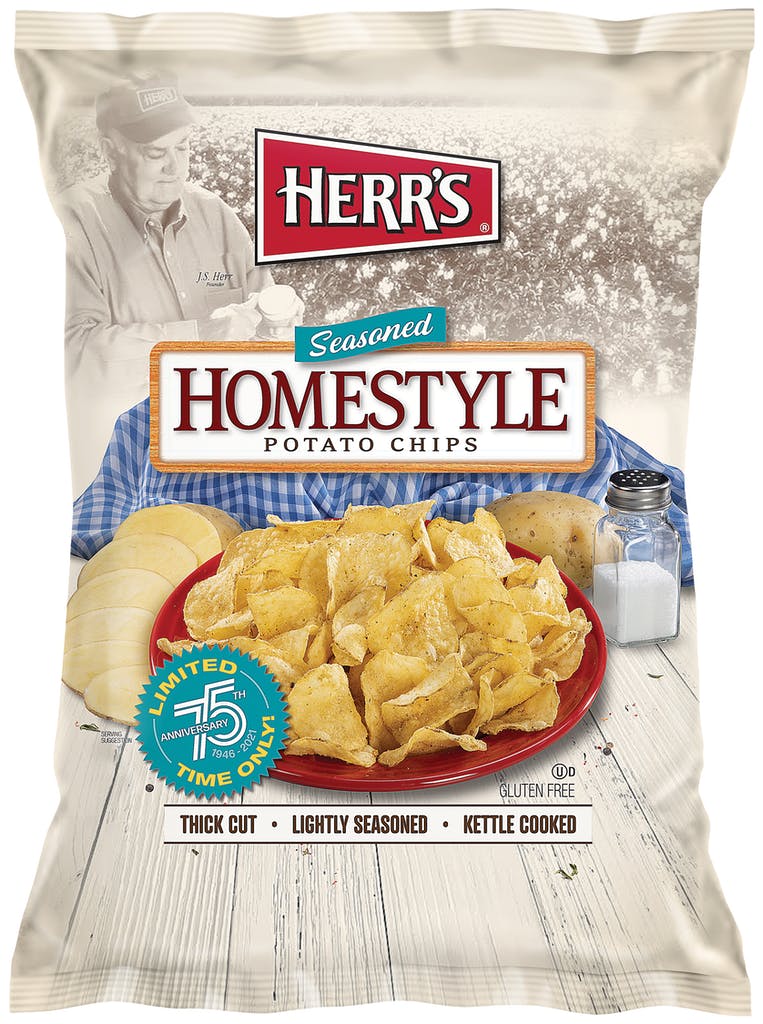 From eight to 12 trailer loads (about 50,000 pounds per load) of fresh, whole potatoes arrive at the factory every day. Common varieties include Atlantic, Snowden and Lamoka, which are low in sugar.

What’s more, four lines produce up to 1,000 pounds of pretzels an hour, depending on the demand. They can run around the clock if needed.

Not surprisingly, factory tours have long been an area attraction. In 2019, for instance, nearly 68,500 tourists came through the doors. Unfortunately, tours are on hold due to the pandemic.

One thing, however, can’t stop. Herr’s, which first ventured into seasoned products in 1958, feels the pressure to be innovative, Herr acknowledged.

For the company’s 75th anniversary, Herr’s released Herr’s Fire Ridged Potato Chips and Fire Cheese Curls. Packages will soon include a heat meter so customers can choose between mild, medium and hot.

“People love new twists and textures,” Herr noted. “Yes, we’re making healthier products in terms of lower sodium and calories, but for every person interested in those items, there are nine who want something full-bodied with more seasoning.”