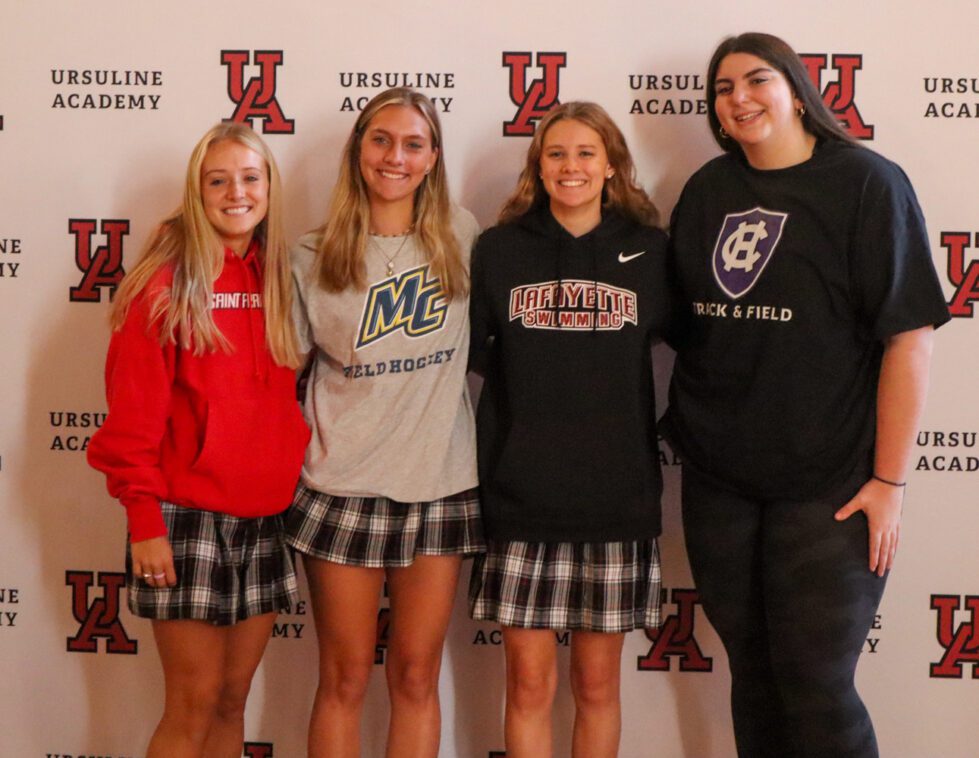 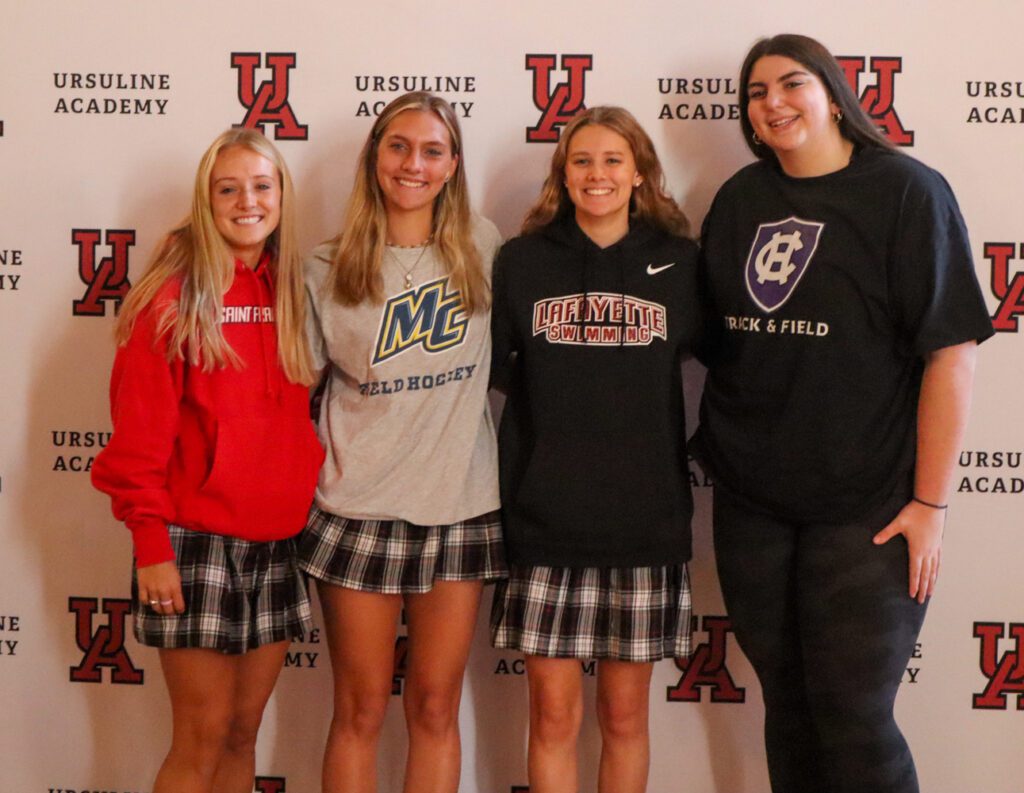 Four Ursuline Academy seniors are hanging up their Raiders uniforms in exchange for collegiate garb.

The students signed letters of intent with their chosen colleges and universities at a signing event Wednesday.

“The early mornings, the late nights, overcoming injuries and pain, and staying motivated to get to this point requires hard work, requires discipline, passion, and above all, resilience,” said Upper School Principal Jeffrey Danilak.

“Let’s not forget about your academics,” Danilak said. “Balancing athletics with academics is no easy task, and all of you have done that exceptionally well.” 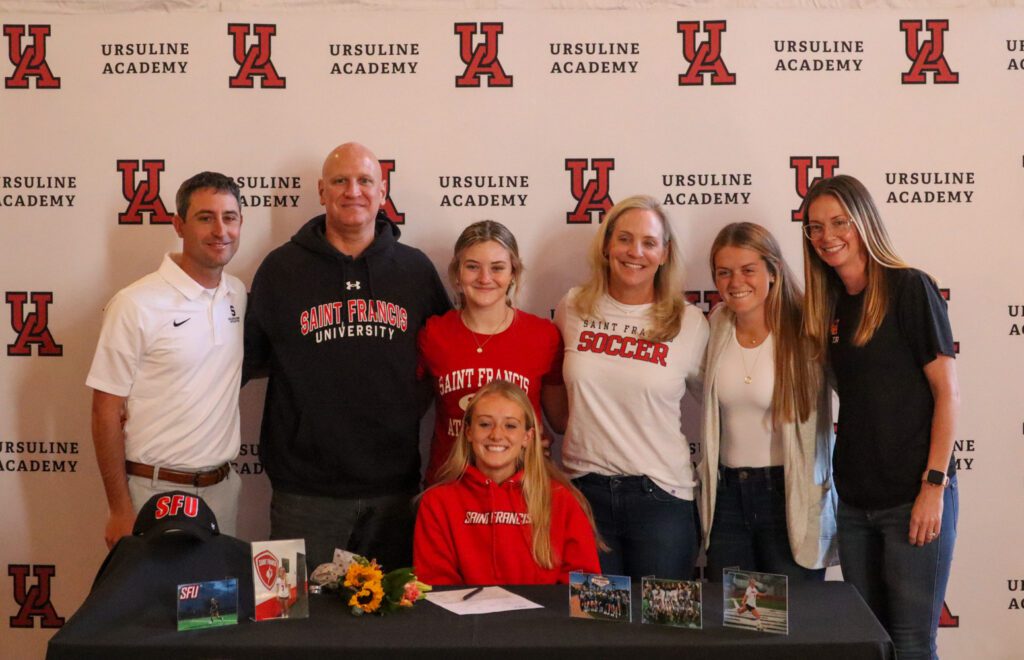 Filipowski committed to play soccer at St. Francis University, a Division I school in Loretto, Pennsylvania.

Last year, Filipowski was the only junior captain on the varsity soccer team.

“And that was for a reason,” said soccer coach Brittany Quinn, who retired after last season. “She is a leader on and off the field and is incredible to coach and incredible just to get to know and be around.”

On top of the technical elements of playing, Quinn said Filipowski taught her teammates how to be a great teammate and friend. 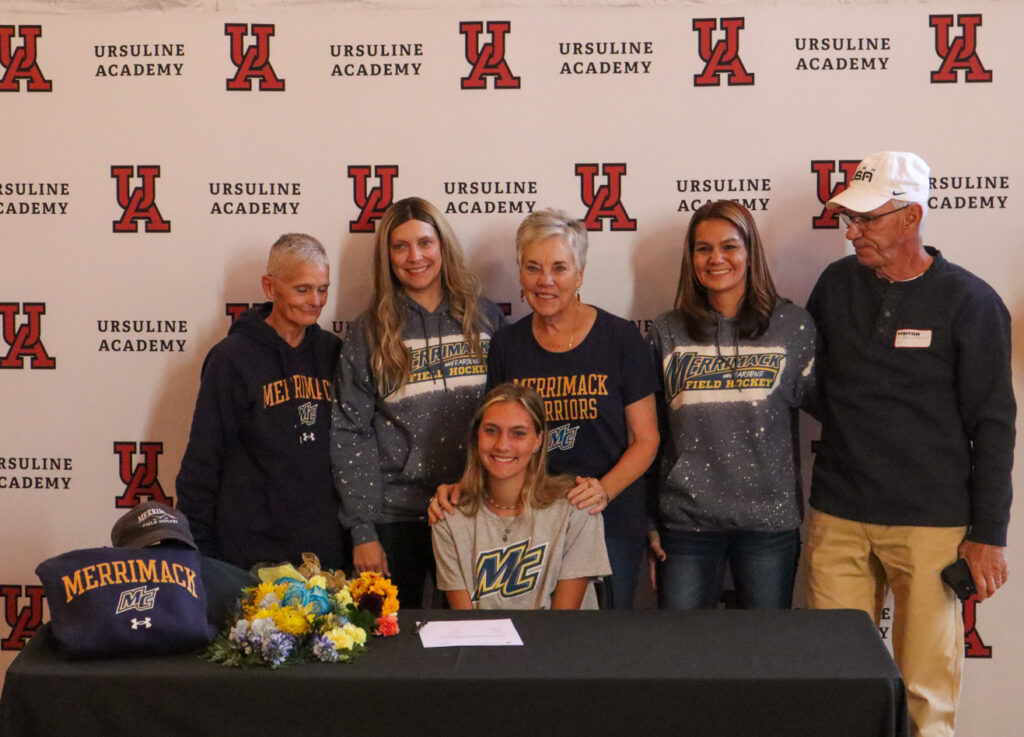 Cherry signed on to play field hockey at the Division I Merrimack College in North Andover, Massachusetts.

“The day that Maddy came in and walked on the field, she was a very different kid than the strong woman who sits at this table today,” said varsity field hockey coach Lindsay Russell.

“It’s been amazing to see her grow into the young woman that she is today and I think today is a big cherry on top of a really long and grueling process to find your home and find your college that you’re really excited to go play for,” Russell said.

She said Cherry would often excitedly approach her to share new things she’s learned on the field and in the classroom, exemplifying her passion for growing and learning. 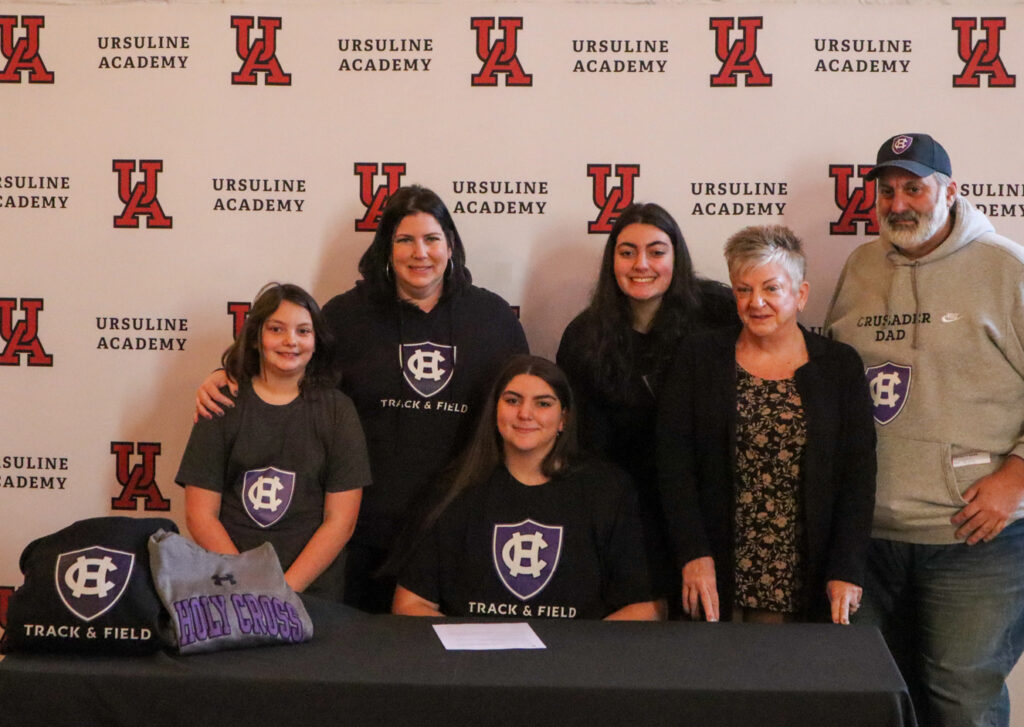 Gabriella Paolella accompanied by her family after signing her letter of intent to attend the College of the Holy Cross for track and field. (Jarek Rutz/Delaware LIVE News)

Paolella signed a letter of intent to compete in track and field at the Division I College of the Holy Cross, located in Worcester, Massachusetts.

“Her nature is so good, she’s such a team person, and she’s someone who likes her teammates and her teammates like her,” said recently-retired track and field coach Jim Fischer.

She’ll be competing in shot put and discus.

Fischer said an opponent’s coach once told him that Paolella had the most technically perfect throws he has ever seen, “and that really speaks to all that Gabby has done.” 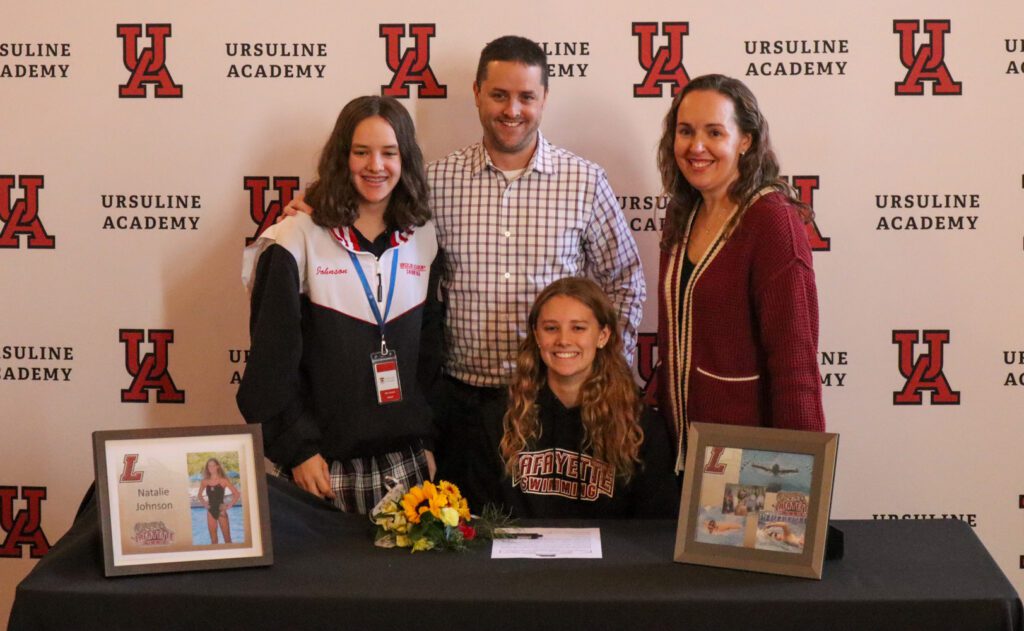 Natalie Johnson joined by her family after signing on to swim at Lafayette College. (Jarek Rutz/Delaware LIVE News)

Johnson committed to swim at the Division I Lafayette College in Easton, Pennsylvania.

“I remember when we won a state championship in 2017 and Natalie was there in the stands and took a picture of herself with a trophy, and now she’s senior and I just can’t believe that leaving,” said head swimming coach Kelly Ellis.

“She works so hard, she’s so energetic, she’s the team cheerleader, and she’s just such a leader.”

Ursuline swimming will miss that leadership, Ellis said, but her leadership will carry her to great achievements at Lafayette.