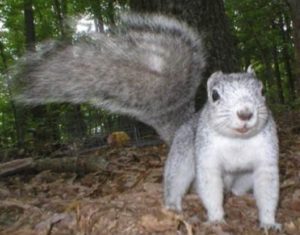 The Delmarva fox squirrel, a rare species in Delaware that has recovered in much of its regional range, has received another boost, with two male and two female squirrels translocated from Maryland to the Redden State Forest, north of Georgetown.

Delmarva fox squirrels are now abundant on the Eastern Shore of Maryland. Still, these large, silver-gray squirrels remain rare in Delaware, with only three established populations known in the state.

Delaware’s populations of Delmarva fox squirrel are all in Sussex County, with one population the result of translocations to Assawoman Wildlife Area in the fall of 2020 and spring of 2021, another the result of a translocation to Prime Hook National Wildlife Refuge in the 1980s and a third, naturally occurring population, at the Nanticoke Wildlife Area and surrounding lands. The squirrels released at Assawoman Wildlife Area this past spring and last fall appear to be thriving, with the Delaware Department of Natural Resources and Environmental Control Division of Fish and Wildlife noting at least one female produced young this past summer.

Translocations, habitat management and land protection have helped Delmarva fox squirrel populations recover regionally to the extent that the species was removed from the federal endangered species list in 2015. 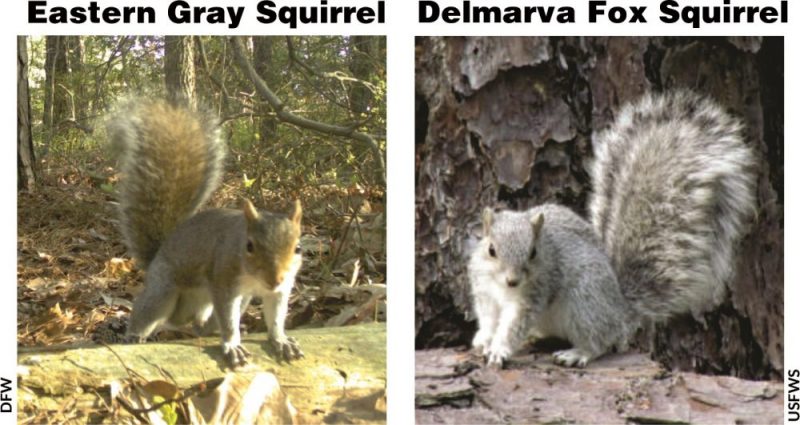 Delaware does have a hunting season for eastern gray squirrels, so it’s important know how to  distinguish them.