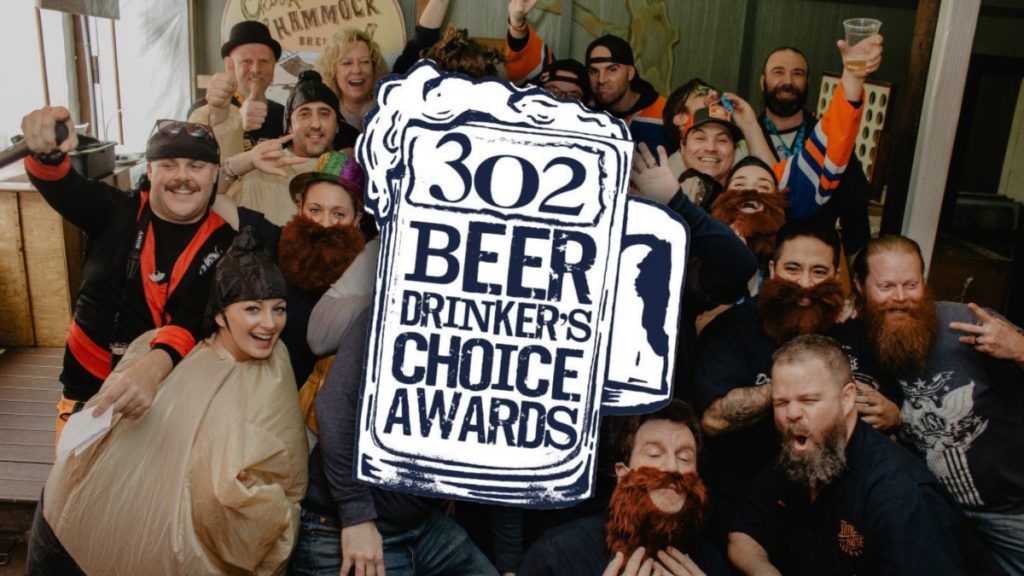 Every brewery in the state is invited to compete in the event, which organizers said is “known for its sudsy silliness and refined debauchery.”

“Delaware’s brewery scene has exploded by leaps and bounds in recent years and we wanted to create a one-of-a-kind festival that promotes our shared commitment to the 302,” said Crooked Hammock owner Rich Garrahan.

“Every single brewery in the state is welcome back and we challenge those who haven’t reached out to get off the sidelines,” he said. “Don’t be scared. It’s more about connecting with each other than winning or losing.”

But it does have a great deal to do with winning, too. Both brewers and attendees will vie for a number of awards, including “Fan Favorite Beer, Most Unique Beer, Best Brewery Costume, Best Drinkers Costume and Best Edible Necklace” – whatever that means.

Guests will have the chance to vote online and democratically pick winners; of the people, by the people, for the people in the never-ending quest to crown Delaware’s “Best Beer.”

“The interactive process takes the power away from a stuffy panel of judges, the tried-and-true method for most festivals,” the announcement said. “This year’s winner will walk away with a ceremonial championship wrestling belt and a Golden Tap Handle to take home – and, of course, ultimate bragging rights for a full calendar year after weeks of playful trash-talking on social media.”

The stress-free party is open to anyone 21+ and IDs will be checked at the door. Food and snacks will be available for purchase.

The list of participating breweries is constantly being updated. Check the Crooked Hammock website often for new additions.

Wilmington Brew Works will be looking to defend its 2019 title against the following competitors: