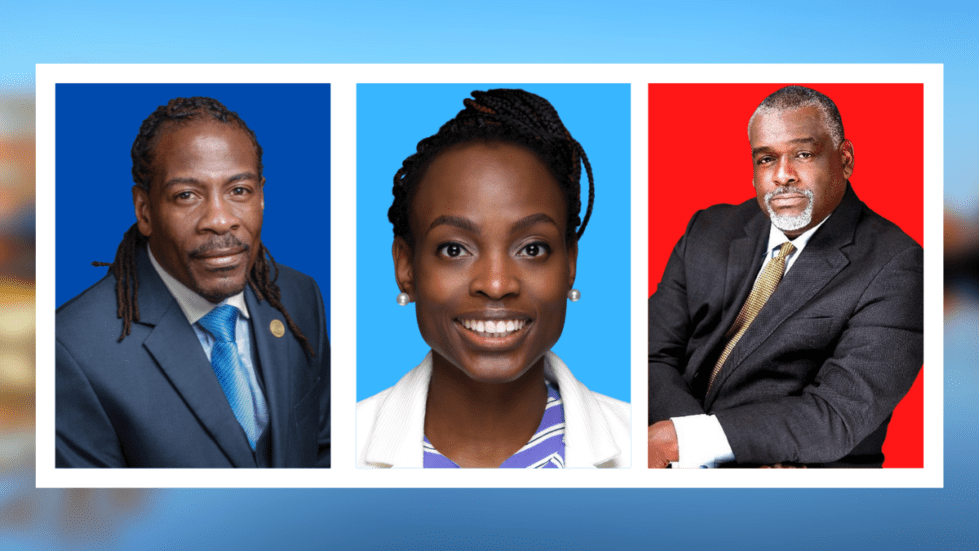 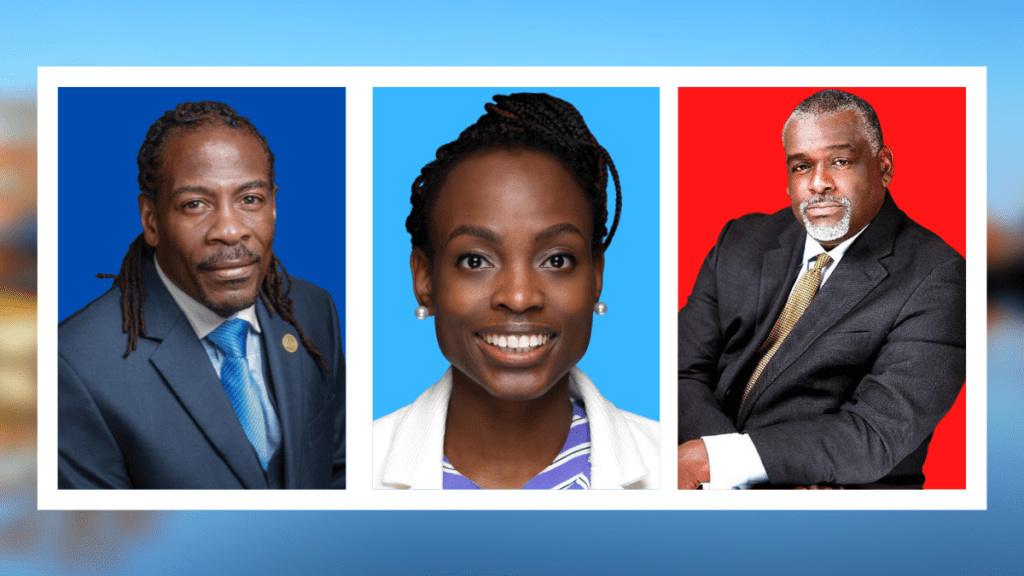 Voters in Northwest Wilmington, Brandywine Village and Trolley Square will have three choices when they decide who to send to Dover as their next state representative.

They can go with who they know: incumbent Democratic Rep. Nnamdi Chukwuocha.

They can toss Chukwuocha out and promote progressive Councilwoman Shane Darby to the seat.

Or they could do the unlikely and vote for political newcomer Mark Prescott Gardner, a Republican. 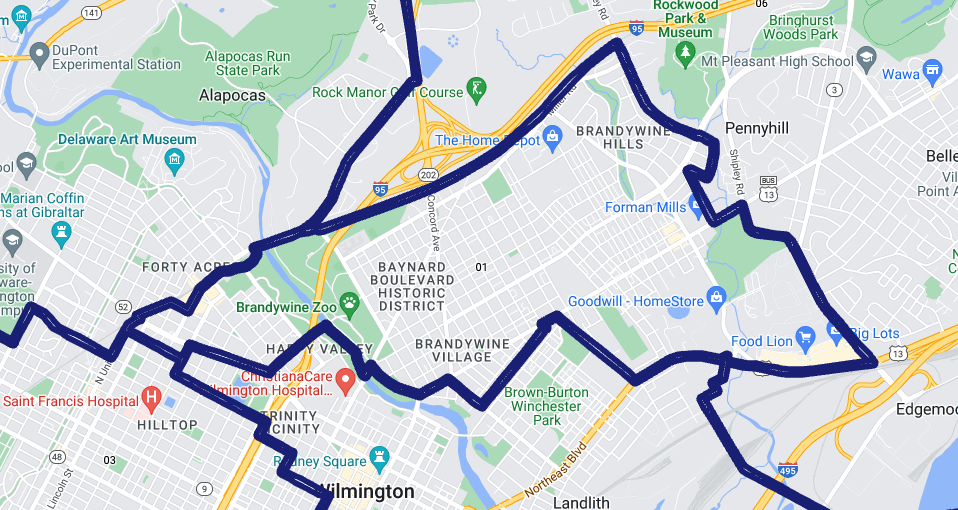 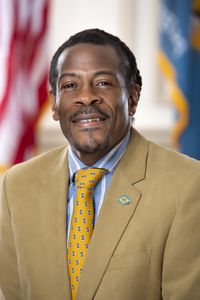 Chukwuocha said that while he welcomes Darby to the race, “she’s rolling the dice to see what happens.”

“It’s a free race for her because it’s a midterm race and she’s still on council,” he said. “I know I’ve done well for my district and I think I have a great amount of support.”

Before his 2018 election to the House of Representatives, Chukwuocha served on the Wilmington City Council.

Chukwuocha said his proudest accomplishment as state representative has been helping to create the Redding Consortium for Educational Equity.

The Redding Consortium is a working group that recommends policies and practices to the governor and General Assembly. The group’s goals are to achieve educational equity and improve outcomes for pre-K to twelfth-grade students in Wilmington and northern New Castle County.

“We have this four-district model and it has failed our city horribly,” he said. “Every ten years or so we go through this planning process and we come up with a plan that never gets implemented, so now we’re just trying to say we really want to do something different.”

Chukwuocha said some of Wilmington’s public schools are among the lowest-performing in the state. He attributes that to gun violence and crime in the city.

“When you look at gun and community violence that these young men and young ladies are encountering, that doesn’t lend itself to them becoming students who are graduating successfully from school and achieving and thriving in our educational system,” Chukwuocha said. “They’re the ones who are falling through the cracks of our education system and they often end up on the streets, involved in a life of crime.”

He said if Wilmington can’t fix its education system, it will be a “hard road trying to bring forth the economic and community development that we need.”

In his two terms as state representative, Chukwuocha said the biggest surprise has been the division, not only between the political parties but also between legislators from the northern and southern parts of the state.

Chukwuocha’s experience in bridging that divide makes him the best-positioned candidate to serve the people of his district, he said. Someone who’s only served on the Wilmington City Council, which is almost entirely Democratic, might not have that experience, he said.

“You have to build consensus. It’s not really about being individual there, it’s about being a part of a team,” he said. “It would hurt someone who doesn’t have those same qualities — someone who wants to be combative.”

If re-elected, Chukwuocha hopes to reform the way public schools are funded, expand the Downtown Development District further into North Wilmington, and continue bringing state resources to the district. 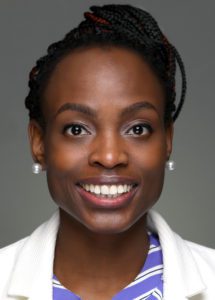 Darby said she has “nothing to lose” by running for state representative.

“Win or lose, I’m still going to remain a council person, but I’m going to do the best I can and put my name out there to try to beat him,” she said, referring to Chukwuocha.

Darby became motivated to run after Chukwuocha sponsored a controversial bill that would allow the city of Wilmington to acquire vacant or abandoned properties that aren’t being maintained.

She said that during a town hall, Chukwuocha told the audience that if somebody doesn’t support the bill, they should run against him.

According to Delaware Online, in response to a community member who said she wouldn’t vote for Chukwuocha if he didn’t withdraw the bill, Chukwuocha actually said, “Ma’am, if you want to vote me out on this bill, feel free to.”

Darby said she’s only running because her constituents asked her to.

“My first reaction to that was to say no,” she said. “I really have a love for Wilmington. I love being a city council person and I love what I do on this level.”

But after much convincing, Darby decided that the choice shouldn’t belong to her — it should belong to the voters.

“One thing I’ve learned throughout my life is you can never choose when you will be called on to serve,” she said. “It’s about how you choose to answer that call.”

In the wake of the U.S. Supreme Court’s June decision that gave individual states the power to regulate abortion, Darby said more legislation is needed to protect and strengthen maternal healthcare in Delaware. It is legal to have an abortion in Delaware.

She also wants to pass legislation to protect city residents from eminent domain, pass a renters’ bill of rights, and ensure people in her district have equal access to mortgages, loans and grants, she said.

If elected, she hopes to follow in Maryland’s footsteps by abolishing the Law Enforcement Officers’ Bill of Rights.

Darby said it’s a myth that Delaware is a “blue state.”

She said that, unlike the incumbent, she is “not bought” and doesn’t “have an allegiance or feel obligated to any political party.”

Chukwuocha, on the other hand, “is tied in relationships with developers and tied in with relationships with Mayor Mike Purzycki,” Darby said. “Nnamdi [Chukwuocha] — he is not a progressive. He actually doesn’t take a lot of stances on things. He’s been really quiet. But what happened was, with the eminent domain legislation, he reared his little head.”

She said she’s not worried about the Republican candidate. “I expect Ms. Darby to say that and I respect that, but no, it’s not a two-way race,” Gardner said. “I don’t know if she meant it that way, but I think it’s rather arrogant to say that.”

He agrees with Darby on one thing: “What Nnamdi [Chukwuocha] did is he gave Ms. Darby and myself a gift with this eminent domain issue,” he said. “I don’t know why he would make such a move.”

“The incumbent traumatized his constituents,” Gardner said. “He disrespected them. And what is the impetus of this bill that he sponsored? It wasn’t something that he came up with on his own, that I can tell you.”

Gardner said he’s running because he has been told that “the current machinery of Democratic leadership has had a control on the government and the people,” to the point that “people are uncomfortable truly identifying with their own personal core values.”

He hopes his campaign will offer Wilmingtonians another option. And despite Darby’s doubt, Gardner likes his odds.

To learn more about candidates in other districts, click here.