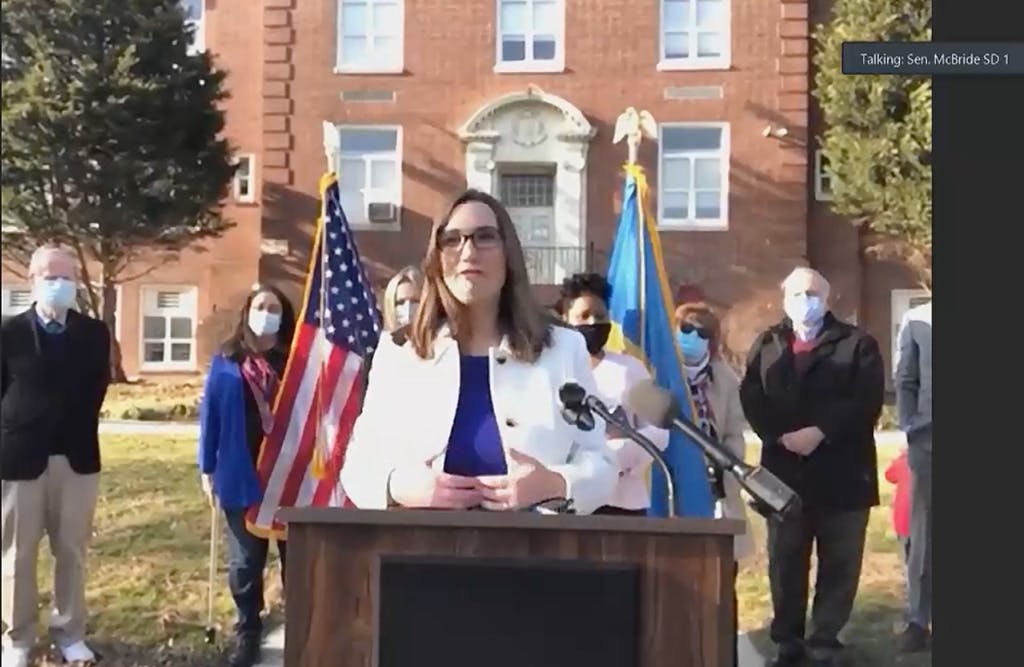 Delaware’s General Assembly on Tuesday opened its 151st session in a virtual session from Dover’s Legislative Hall, legislators’ homes and spots across Delaware, often adorned with the state flag, the federal flag or both.

After being sworn in, legislators were invited to make remarks, and they usually highlighted their family members and their supporters, who were sometimes by their side in their video feeds. Moorison’s thanks included his mother, who passed on just before the election.

A lot of media attention has been on McBride, now the nation’s highest-ranking transgender elected official.

McBride, a Democrat representing the Claymont area, chose to be sworn in from outside the old Claymont High School, which she said 70 years ago was “the first school in a segregated state to legally integrate.”

She praised the people then “who dared to challenge the status quo and dream of a different world.” The building, now a community center, shows “that we can share a neighborly duty to care and can change.”

She promised to continue to care about a progressive agenda, including the pandemic, “inequities in our justice system, a climate crisis at our shores and a crisis of trust in our government and one another.” 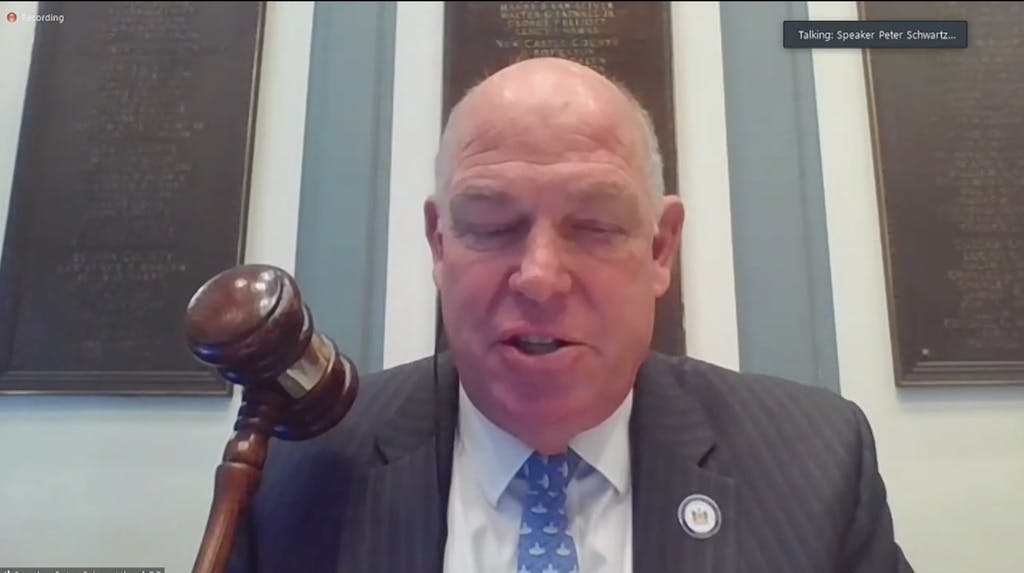 Speaker of the House Peter Schwartzkopf closing the session.

Speaker of the House Peter C. Schwartzkopf, in opening the House session, stressed the need to compromise. “We all come to this job from different walks of life, with different experiences, different ideas and different beliefs,” he said. “However we have the responsibility to work hard to find common ground.”

Schwartzkopf is a Democrat, as are most legislators – and all three members of Congress and the four statewide elected officials – so common ground is likely from them.

But that call was also echoed in a politically bold way by Brian Pettyjohn, a Republican senator for Sussex County since 2012. Referring to “the divisive rhetoric we’ve seen from our nation’s capital,” he asked his colleagues to “never lose sight what sets us apart from D.C. Our way in Delaware is respecting the views of whom we might disagree, and always strive to find that common ground.”

The virtual session had glitches, with video and audio feeds from individual legislators at times missing. Perhaps that’s why Sen. Laura V. Sturgeon at one point showed off to the camera a card with a bold “yes” marked on it.

Most actions were procedural and hence unanimous. An exception was S.R. 2, with Sen. Colin Bonini expressing concern about how it makes the salute to the flag voluntary. He voted no, along with fellow Republicans David G. Lawson, Bryant L. Richardson and David L. Wilson. The same four also voted against H.R. 1, without a public explanation.

Speaker of the House Peter C. Schwartzkopf said he hoped that the livestream will be “one and done” and looks forward to when the legislature can resume in-person gatherings.

That said, the General Assembly has arranged for future sessions and committee meetings to be accessed on its website. That contrasts with the last session, which was live streamed and archived on YouTube.

For live sessions of the House and Senate, people should click on the appropriate link under the “Live Proceedings” sections.

For recordings of the House and Senate, there’s a “Meetings & Archives” tab at the top of the page.

For committee meetings, people must register in advance via the virtual meeting link of the full meeting notices. They can find meetings in the Public Notice section of the website or the Committee Meetings page of the respective chambers.

Only full session proceedings will be live streamed to the General Assembly website. Video of committee meetings will not.

Inauguration, state of union virtual, too

Gov. John Carney and Lt. Gov. Hall-Long will have a virtual inauguration ceremony in Legislative Hall, starting at 10 a.m. Tuesday, Jan. 19. It will be live streamed at de.gov/inauguration.