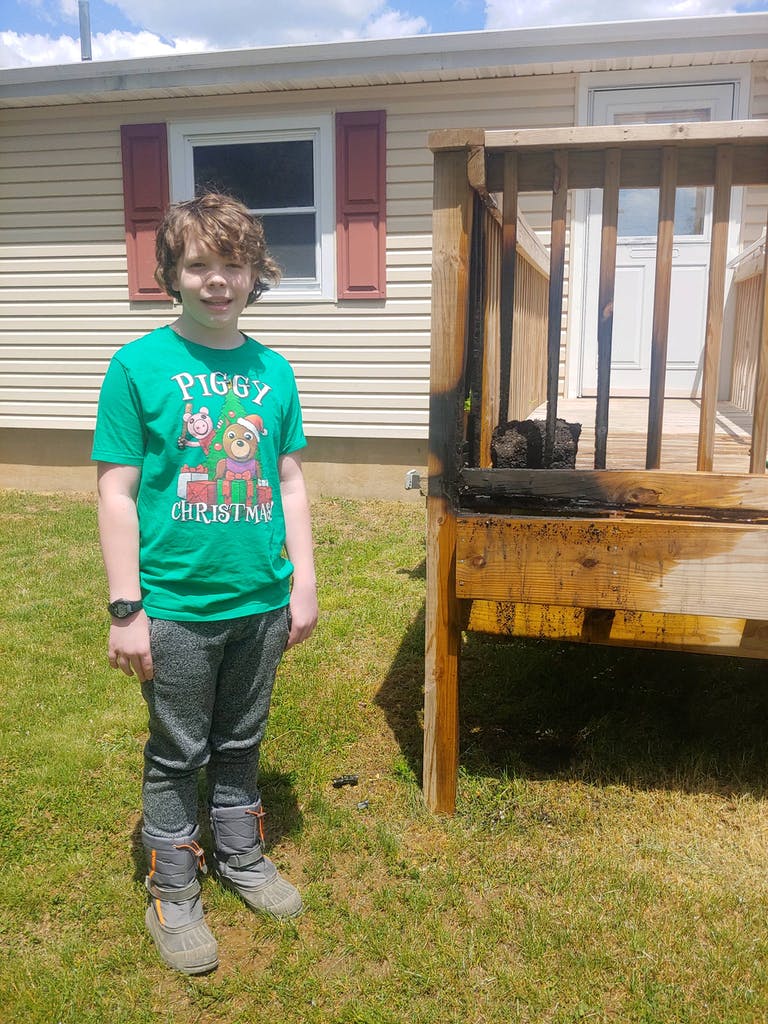 Sam Witman at the scene. (courtesy of Jen Witman)

A 12-year-old from Bear on Friday helped extinguish a fire at a neighbor’s house that was “big enough to be dangerous,” the family said.

Sam Witman was out riding his bicycle on Pencader Lane, off Denny Road, when he saw the fire, which family members suspect was caused by a cigarette.

He raced home and got his father. “Together they took care of the situation,” said Jen Witman, his mother.

Sam, a sixth-grader at Alfred G. Waters Middle, was out riding his bike for virtual gym.

The fire occurred in front of the house, on a structure that functions as a ramp for the homeowner, who uses a wheelchair. The Witmans don’t think anyone was at home at the time.

“And he made it to his virtual math class right after – no panic,” Jen said. “Cool and collected. I thought this was awesome.”