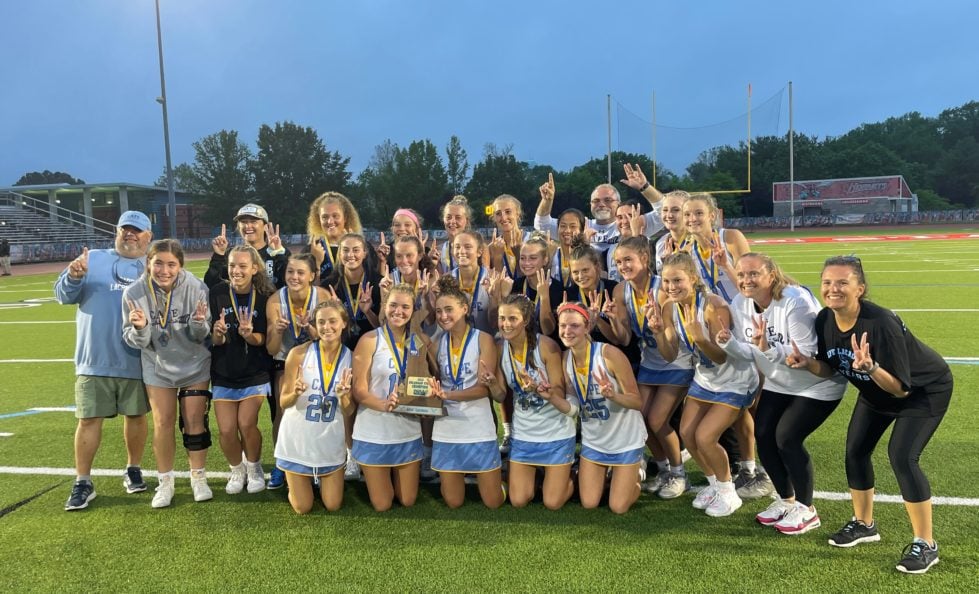 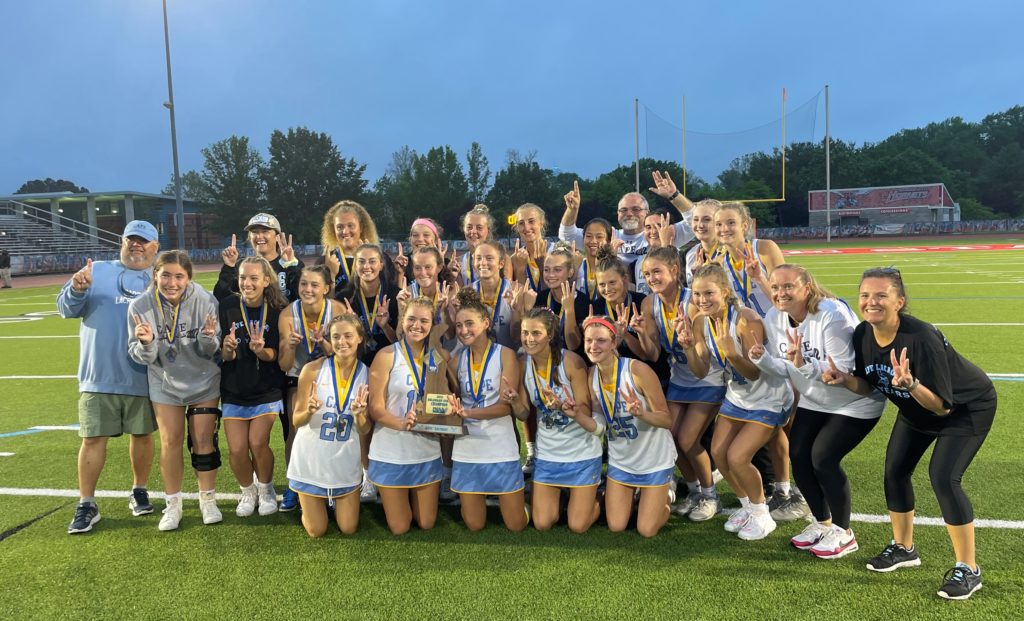 Last year the two schools faced off at Dover high school with Cape coming away victorious. This year had the same outcome, but the game was played in front of a large crowd at Delaware State University’s Alumni Stadium.

Alexis Truitt scored on a nice left handed shot in front of the net. Elizabeth Rishko then scooped up a loose ball off the draw going right down the field for another goal.

Down 4-0 Tatnall didn’t panic. They ripped off 3 straight goals. Tatba took advantage of a rare Cape turnover. Kali Clayton found a cutting Teryn Singer for the assist as Singer deposited the shot in the lower left hand corner.

Clayton then scored two goals of her own. She received a pass in the middle of the field, made a quick cut to find herself right in front of the net as she deposited a bounce shot to the right side of the goalie. She then took advantage of a direct shot a few mins later to bring the score within one, 4-3

Before the half Cape would tack on two more goals. Rishko scored both of those goals to give her a hat trick in the 1st half. Cape took a 6-3 lead in the half of the DIAA girls lacrosse state championship.

Cape came out of the in the second half and dominated their presence. The Vikings went on an 8-0 run led by Alexi Nowakowski and Grace Wiggins who scored two goals a piece. Cape’s defense would hold the Hornets scoreless for the first 21 minutes of the second half until Teryn Singer found Cali Clayton cutting in front of the goal to score the last goal for Tatnall.

Cape was led by senior Elizabeth Rishko with four goals, and Alexi Nowakowski who added 3 goals. Tatnall was led by Cali Clayton with three goals.